The Ubiquitousness of Mathematics


The Ubiquitousness of Mathematics 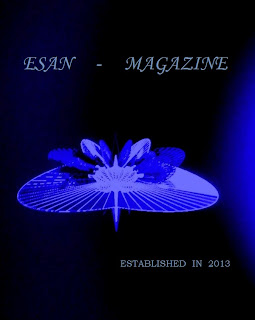 Dejenie Alemayehu Lakew
We say mathematics is a ubiquitous activity performed by nature at best and by we humans. The mathematics of humans as an endeavor of human intellect is a systematic study of space, quantity, numbers, change and patterns or structures that either exist naturally or constructed abstractly using the principles of logic and deductions largely aided by imagination. We humans create models to study, navigate and discover the intricacies of the mathematics of nature - the most common phenomena in which the universe is ruled under. Nature is the greatest mathematician of all which does mathematics the best – as mathematics is the working language of nature and of the greater universe that is observable or otherwise. In this part of my exposition, I will write the abundance of mathematics that is ubiquitous in nature.
I present few of the mathematics nature perfectly does and speaks to us:

(1)  The display of sophisticated and intricate wonders, beauty and symmetries that are abundant in nature, such as fractals and chaos. There is a branch of philosophy called aesthetics that studies beauty and nature.
(2)  Particular suited elliptic paths planets and other galactic objects follow to rotate around a central object such as the sun.