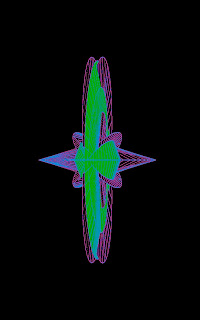 One thing to ponder about an article of a constitution that is full of  utterly invalid, fallacy in argument form and a paradox of reasoning that is a result of incorrect thought processes with unrelated premises.

Constitutional Article : The right(s) of an individual and the rights of a group:

Question: Can these two things be valid in one country or in one place?

First: Right - a privilege that individuals or groups claim to have legally in a place they reside or let us call it simply a legal privilege. Take two groups of people identified by their ethnicity: group A of ethnic type 1 and group B of ethnic type 2. They both are given group rights , that is ethnic rights stated by the constitution of the country but enshrined within their own places. Group A does socio-political and economic business that takes care of its own type of people. It makes sure that all its people get all available privileges from that section of residency and therefore any other person that does not belong to their type by definition is an outsider of the group and shall not have equal rights and therefore has no equal privileges as members do. For otherwise the very distinction of group and individual rights by the article has no meaning in purpose. The same thing holds with group B.

The article came as a surprise to the people of the country some 20 years ago while the society lived intermingled and married together for centuries. Besides, for sure, there is no place or section of the country how small that may be that will not have different and mixed types of people. Therefore there are people from type A that leave in Group B and vice versa. Each place is given to a collection of people with a constitutional mandate to take care of their own types. Those people who lived there all the time and are citizen of the country but happen to be different from the group will be treated like aliens and outsiders with no legal equal rights as others. Therefore these newly made aliens or outsiders have to live by the mercy and left over sub-privileges for sub- living from them, even if they have the highest level of capacity in their works and professional performances.

The article in design creates two types of citizenship with one additional hidden aim:

1. Those who happen to reside in a group of their type are full citizen as long as they remain and stay there.

2. Those who happen to live outside of their types be given a status of quasi-citizens by being a nominal citizen of the country but alien in the place they reside. As a result the article prohibits the movement of people from place to place for opportunities and privileges that may be available in some parts of the country.

3. To treat those who happened to be in other places by their definition with punitive and make them feel guilty of the past.


The inconsistency and fallacy of the article from an argument point of view can be checked by any first year college student. Above all this logically flawed argument forced to be valid for learnt citizens with punitive and sensationally fed consistently ad nauseam as a drug to the innocent huge majority, is a result of undeveloped cultural thinking process by validating things that are outdated, untimely, un updated and backward that do not reflect the socio-political and cultural developments of the Ethiopian society .

There will not be a single country at this time of the human existence across the globe that has schools and higher learning places of colleges and universities that disseminate knowledge of all disciplines , where basic laws of logic and correct reasoning of higher order as a way of higher order thought processes are taught and practiced as lingua-franca will allow such an utterly flawed semi-constitution to rule over their society.
It simply insults the country, its learnt citizens and the higher learning institutes that let their society be ruled by such paradoxical and false rule of governance that visibly drags backward and reduces the rate at which the society could have been grown in those times under a constitution that is valid.