Recently I read postings from face book that individuals of obscurity telling groups of peoples to hate a religion which they are not a part in it and forcing them to express that hate through actions. I saw two individuals one claiming Christian and the other calming Muslim telling people the other religion is UN GODLY. Utterly, utterly ridicules, rubbish and a mockery spewed on the Ethiopian society.
The Ethiopian society enjoys both secular and religious lives. Religion is taken as a personal comforter and complement to their secular lives, while at the same time they want their secular lives collectively be addressed through a well structured democratic political process in order they all have equal opportunity to resources their country can offer and enjoy life, freedom, liberty and happiness as developed societies of the world do.
Individuals with such teachings should not be listened by any reasonable person of conscience that has a desire for peaceful co-existence of humans irrespective of religions, especially in a country like Ethiopia where Christians and Muslims co-exist for centuries as good neighbors respecting each other’s belief. Such teachings indeed are against the teachings of any religion including Judaism, Christianity and Islam. Jews, Christians and Muslims should know that the GOD they worship is capable of doing everything in their belief as to their definition he is OMNIPOTENT--a super being capable of doing everything. Therefore he does not need anybody's help or sacrifices so that he will be happy by what you have done for him. He is not a corrupt official of the Heaven that needs such things. He can do infinitely many times more than what you can do, but the only thing your GOD needs from you is a capacity you have from your developed natural wisdom gained by thinking and reasoning or learned from the fear of the GOD you worship through words of your respective Holly Books - to be wide hearted, loving of others even in the worst case scenario as the Christian GOD says and did. The Christian GOD said he sent his only SON to save man, not because humans are good and perfect, but because he could not handle the sin of humans and the only way he handles that was through expression of LOVE.
LOVE is the absolute weapon of PEACE to win and contain an ENEMY of the HIGHEST ORDER.
This is one of the kernels in the Christian philosophy of GOD: to give the best of what you have to what you think to be an unwinnable enemy of a highest order. That is what Jews, Christians and Muslims should do as the teachings of their scripts indicate. Even the OMNIPOTENT GOD that is worshiped by the three religions who is capable of everything does not order the destruction of humankind on the face of the earth, because of the incurable sin of humans and their continual bad actions against each other.
But teachings of hate within different religions and sects of religions in most cases is committed by people who mis-learnt or wrongly learnt their religions and thereby misuse for political intent and goal than religious merits. Therefore beware of such individuals who wear costumes of religions but carry inside weapons of hell and destructions of a political end.
Judgment is done only by your GOD not by you. Your only responsibility is just to love your neighbor as you want your GOD to love you not only by words but by deeds: unconditional LOVE to humanity. The GOD you worship is always disappointed by what you do to your fellow man not what you do to him. In fact he takes who you do to your fellow man as what you do to him and therefore as a measure of a person's religious commitment he has to GOD.
Any Ethiopian citizen either Jew, Christian, Muslim, or otherwise should be wise enough as our forefathers who thought their children that religion is personal while the country is their common valuable asset to be protected by any cost. Therefore any teaching of division by race, ethnicity, religion, etc, that entice conflict or has a potential to create one, is an act of a sinister group or groups of persons of obscurity or nearby political individuals who may be associated to a hidden political mission but through unsuspected channels, who later will laugh by what they accomplished while you kill each other now and for decades to lose your cohesion.
Ethiopians should not forget that they are people with outstanding history, civilization and culture of tolerance and peaceful co-existence that spans for more than three thousands of years. You have such a magnificent history with a wealth of knowledge of a culture of a capacity to make sound judgments by identifying and validating things that are true, rational and lasting and things that are false, sensational, destructive and ephemeral. You do not have to be cheated again and again by people of sinister motives that always use divisions in your ethnicity, divisions in your religions, divisions in your locality, etc and create a sensational conflict that usually is deadly, irrational in origin and long lasting.
These teachings you are watching and listening, extremely dangerous spews from evil groups are designed to be appealing and testy to only to your ears and eyes are GATEWAYS TO HELL and no religious sect, group or individual person should take a ride on such wagons of destructions from HELL to HELL.
Danger!! Beware!!!
Posted by Dejenie Alemayehu Lakew, Ph.D. at 9:08 PM No comments:

DEJAL ANALYSIS: A NATIONAL ARMY VERSUS A BODYGUARD

DEJAL ANALYSIS: A NATIONAL ARMY VERSUS A BODYGUARD: "A training and a mission went wrong! A case to learn from: How could the army of a country treats citizens as outsider enemy combatants..."
Posted by Dejenie Alemayehu Lakew, Ph.D. at 8:56 PM No comments:

A NATIONAL ARMY VERSUS A BODYGUARD 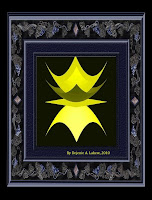